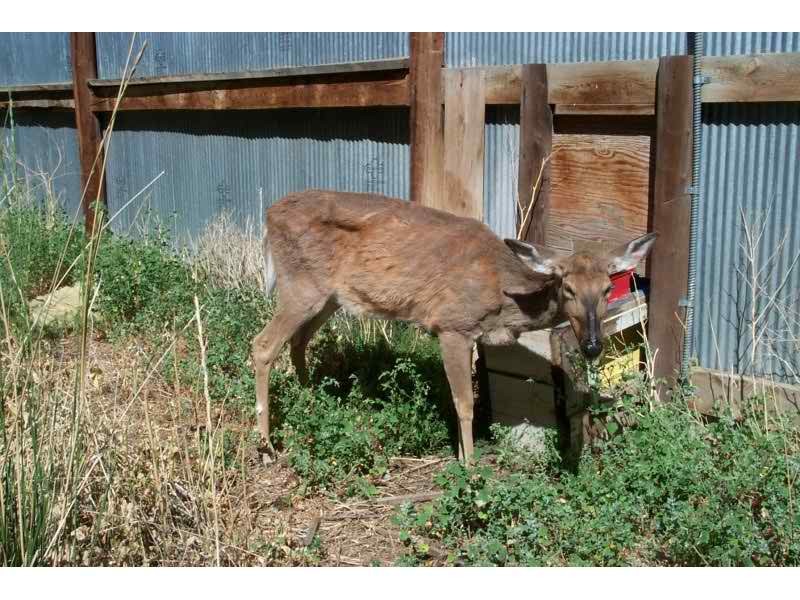 Chronic wasting disease (CWD) is a disease of the nervous system in deer and elk that results in distinctive brain lesions. It continues to be a major issue for wildlife scientists throughout the Nation.

Northeastern U.S. deer more susceptible to wasting disease than those to the west, Science Daily, June 6, 2019

Association of Fish and Wildlife Agencies Approves Statement on the Cause of Chronic Wasting Disease, CWD-INFO.org, March 12, 2019

Expert: Deer with CWD probably had disease most of her life, Leader Telegram, June 19, 2018

Chronic Wasting Disease: Coming to a Deer Population Near You, Sierra Club, March 11, 2018

Deer: Researchers Sorting Out the Cause of Chronic Wasting Disease, Agfax, Feb 8, 2018

States Confront the Spread of a Deadly Disease in Deer, NYTimes, Jan 8, 2018

Letting the disease spread is not an option. There’s increasing concern CWD, a prion disease similar to mad cow, eventually could cross the species barrier and spread to humans. Many scientists think it’s not a matter of if, but a matter of when. The Centers for Disease Control and Prevention warns not to eat the meat of contaminated deer. It’s possible CWD already has made the leap — comparable prion diseases have incubated for decades before dementia-like symptoms were recognized.

A fatal disease is spreading among U.S. deer, but there may be a new way to detect it, Popular Science, Nov 16, 2017

Fire May Be the Only Remedy for a Plague Killing Deer and Elk, New York Times, June 26, 2017

The Ecology of Prions, Microbiology and Molecular Biolology Review, May 31, 2017

Can Michigan save deer from this deadly disease?, Lansing State Journal, May 25, 2017

Elk and deer herds in danger decades after disease discovery, Billings Gazette, May 17, 2017

The deer farm where the infected animals lived will be quarantined and depopulated, state officials said. There also will be testing, fence inspections and audits of all deer farms within a 15-mile radius, as well as testing of free-ranging deer in the area.

A contagious brain disease has hit Norway’s reindeer, and scientists are afraid of it spreading, Quartz, April 23, 2016

More deer with chronic wasting disease reported, with one outside of a CWD management area, PA Live, March 26, 2016

Chronic Wasting Disease Is Spreading, Can It Be Stopped?, Grand View Outdoors, Oct 8, 2015